Environs. Having decided to rest at one of the most wonderful places of Lithuania – the Baltic Sea, do not miss an opportunity to know other fascinating and highly recognized by tourists’ places of Žemaitija (Lowlands). Only twelve kilometers from the sea there is Kretinga town which thanks to its beauty and cultural heritage attracts more and more visitors wishing to see, experience and find out something about the real life of Lithuania. If you decide on Kretinga we recommend to visit the Annunciation to Holy Virgin Mary Church and Franciscan Monastery, the Park of mythology of the Balts, Count Tiškevičius mansion Museum with Winter Garden or have a stroll on a nearby Salantai located Imbarė mound. Not far from Salantai township you can stop and take rest at Orvidai Homestead – Museum which has been existing for more than 40 years. 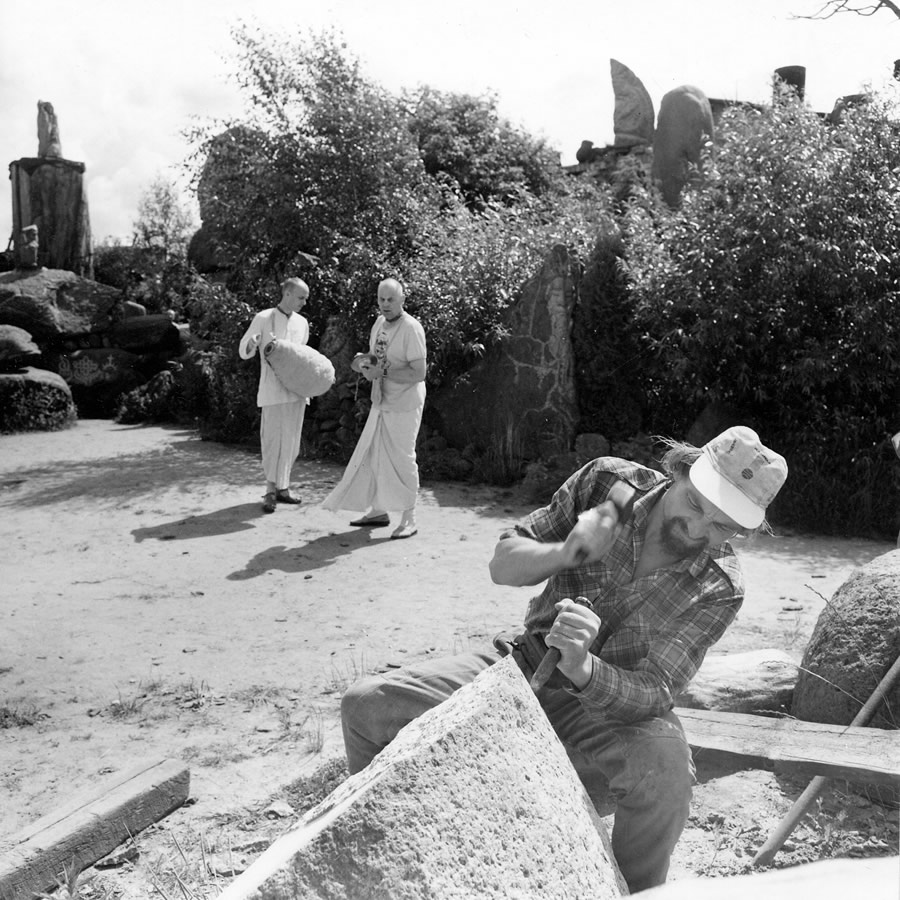 Orvidas’ world outlook. In 1989 Vilius took first vows to the Franciscan Order of Minor Brothers’ (O. F. M.) choosing Gabriel’s name. Vilius was a highly energetic, talented and exceptionally industrious person with limitless fantasy and strong spirit. Alas, on 5 August 1992 his heart abruptly stopped beating. While creating Vilius was mostly concerned not about the work or himself but he wanted to make the spaces where he himself and the wishing ones could pray, meditate and regain balance. 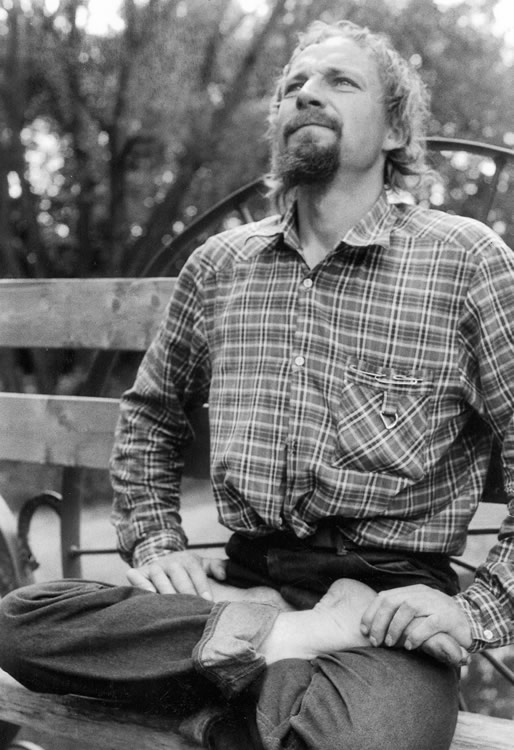 Orvidai Homestead Museum is rich not only in stone and wood sculptures made by Vilius Orvidas and other artists’, but also has a big collection of out – of – date objects, including a tank. The stones themselves here are unique and able to rouse reflections on time and eternity. Walking about numerous paths you will find huge, unexpected stone and wood compositions united by a dominant idea of deep faith into the crucified and resurrected Jesus Christ and Holy Mother Mary. Fascinating is the fact that from the bird’s – eye view the Museum represents the form of the triangle – symbolic representation of Providence Eye. 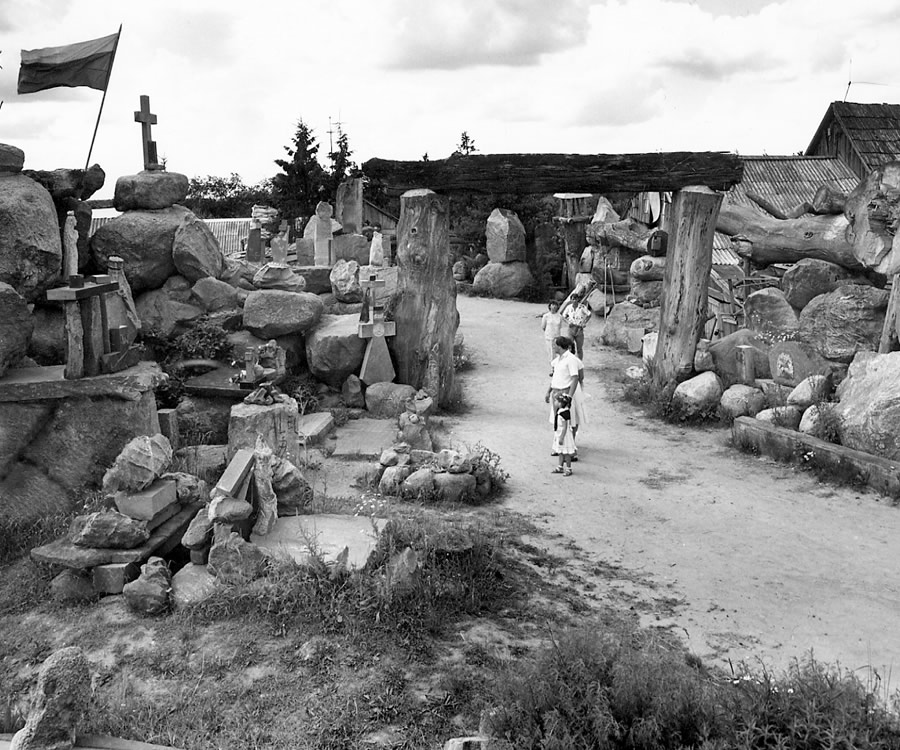 Vilius Orvidas (1952 – 1992). The story about the beginning of the Museum should be started from its founder Vilius Orvidas, a Lithuanian folk artist and stone cutter. Vilius learnt the trade of stone cutting from his father Kazys Orvidas (1905 – 1989). The latter in his turn was taught stone cutting by his father Jonas Orvidas (1872 – 1939) – the initiator of the Orvidai stone cutters’ dynasty in the land of Salantai. In 1973 Vilius returned from the Soviet Army and assisted by father started carrying the stones meant to be broken for industrial purpose to their homestead. With a heavy heart observing devastation of nature by land reclamation V. Orvidas wanted to give a new life applying artistic expression not only to the rescued stones, but also to other objects collected from the homesteads in the vicinity that were condemned to be moved somewhere else. Among them there were mighty, century – old oaks, impressive uprooted stubs, ancient and no longer used agricultural tools, etc.

Opposition. Spreading news about V. Orvidas’ unique and unusual philosophically grounded Creation was highly opposed by the Soviet authorities. Several times they tried to hinder and destroy what had been created. Fortunately, this expanding outdoor exposition managed in some miraculous way to withstand multiple assaults and year after year kept attracting growing numbers of visitors.

Visitors. Among visitors sometimes there were outcasts of the society, often feeling at a loss or having nowhere to go. Vilius would not reject anyone. Not once did such ‘inhabitants’ staying at the homestead longer, find themselves or get rid of harmful habits due to V. Orvidas spiritual guidance. Namely they would help Vilius in his creative activities best of all. The artist believed that work helped man to regain self- esteem and find oneself. Thus, rescuing stones V. Orvidas rescued not one soul. 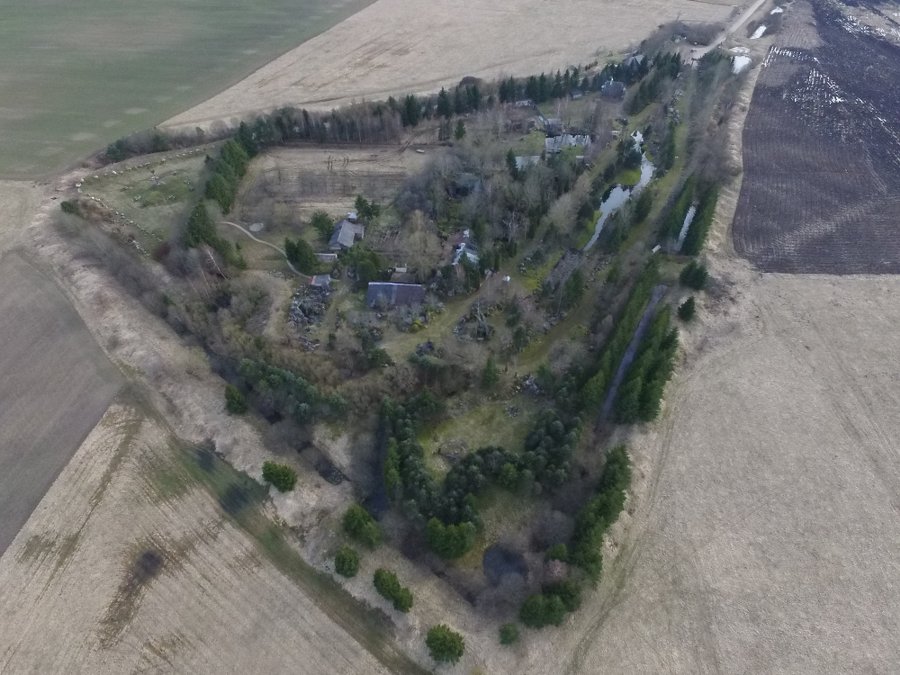 Be Our Guest. Each visitor to Orvidai Homestead is free to accept the world created by Vilius in his or her own way. However, there will not be the indifferent ones. All who look for tranquility, inspiration or seek nature’s beauty are much waited here. In the Museum there are abundant reflections of astrological signs and different religions – Catholicism, Paganism, Buddhism. To enhance visitors’ interest in nature, a botanical park – Providence Eye is being arranged. In the middle of it there is a hill with four slopes, symbolizing the cardinal points (North, South, East and West) among which there are altars. 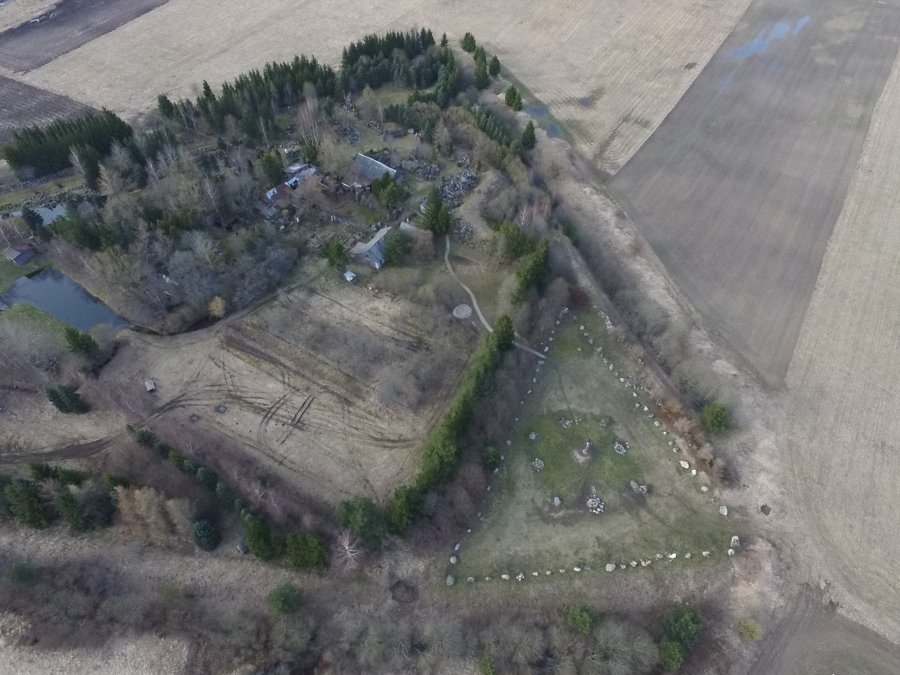 Pets. Visitors with pets are not admitted to the Museum’s territory.

Tranquility and Peace. Museum is meant for peaceful attendance. Therefore, any excessive noise or improper behavior is not encouraged. Please, let the Museum’s staff know about any trouble.

Food. Long – time – staying visitors should bring food themselves and consume it only in the places prepared for this purpose not forgetting to put the place in order before leaving.

Smoking and Alcohol Consumption. Smoking and using any liquor is strictly forbidden.

Respect Nature. We kindly ask you not to break or damage trees in any way; pick up flowers or destroy the nests of birds or little animals.

Respect stones. The exposition of the Museum is made of multiple interesting and valuable stones. Therefore, do not kick, break or devastate them in any way. Climbing the stones and wooden constructions might be dangerous. Dear visitors, please, take full responsibility for your children’s safety.

Events and Feasts. Having decided to celebrate you feast at the Homestead Museum, please, do not forget that too much noise might disturb other visitors’ peace.

Thank you for your understanding. For further information, please, contact: +370 613 28624, info@orvidusodyba.lt